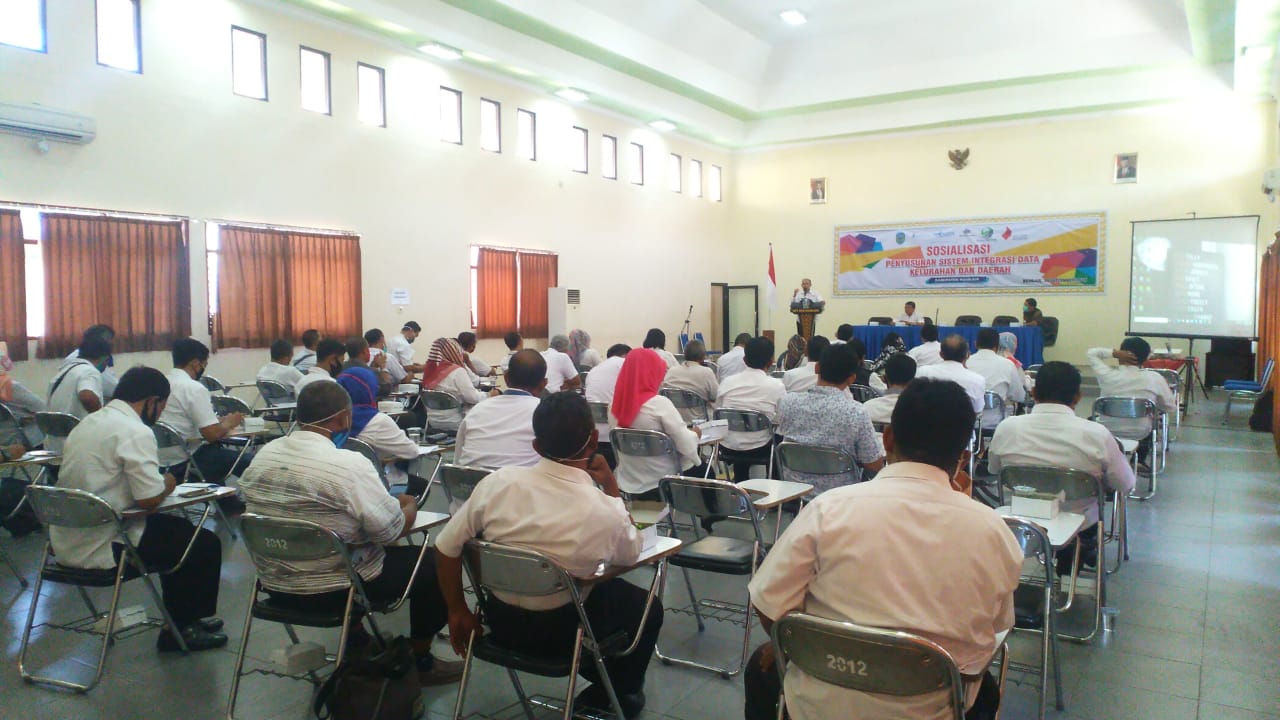 SurveyMETER in collaboration with the Nganjuk district government through the Communications and Information (Kominfo) Service and the Health Service conducted a piece of disseminated information on the preparation of the village and regional data integration system in Nganjuk district.. It was held on Wednesday, September 30, 2020, at the Job Training Center Building of the Nganjuk district.

The participants of the socialization consisted of 40 people from 20 villages, respectively consisting of 1 official and data management staff as well as representatives from the sub-districts of Nganjuk, Bagor, Sukomoro, Tanjunganom, and Kertosono. It was also attended by the Head of Service and Head of Statistics & Information Management of the Nganjuk District Communication and Informatics Service (Diskominfo), representatives of BAPPEDA, Community and Village Empowerment Office, Health Office, and the program implementation team from SurveyMETER.

During the socialization, the program coordinator from SurveyMETER, Roni Hermoko, explained that the system was a realization of the Expansion of the Integrated System for Stunting Treatment Based on Household and Individual Data (Si TEPAT RAMAH) assisted by SurveyMETER, which was originally planned to be implemented in all villages in Nganjuk district. In fact, it has commenced in all villages in Patianrowo sub-district that was held at the Patianrowo Sub-District Hall on 27 February 2020. Eventually, the program was delayed due to the Covid-19 pandemic, and planned to adjust to conditions in all villages of Nganjuk Districts.

"Once implemented in all urban villages, It would then be carried out in a number of villages that meet a number of criteria including a green pandemic zone and have the motivation to possess and manage data independently and with quality," said Roni.

The Nganjuk District Head of Communications and Information Service, Slamet Basuki, welcomed the implementation of the program. According to him, it would produce accurate and valid data at the village level since it was carried out using a survey method for all households.

He also expects that activity cadres or coordinators recruited from the village elements could become Human Resources (HR) data in the village who trained in collecting, processing, understanding, interpreting, and being able to analyze future data. (JF)

The publication link of these activities on local media portals: 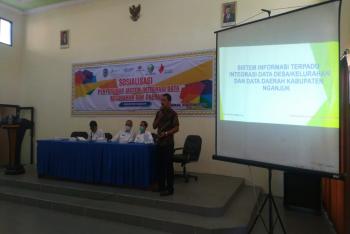 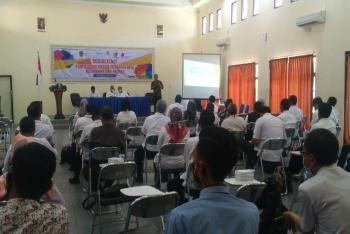