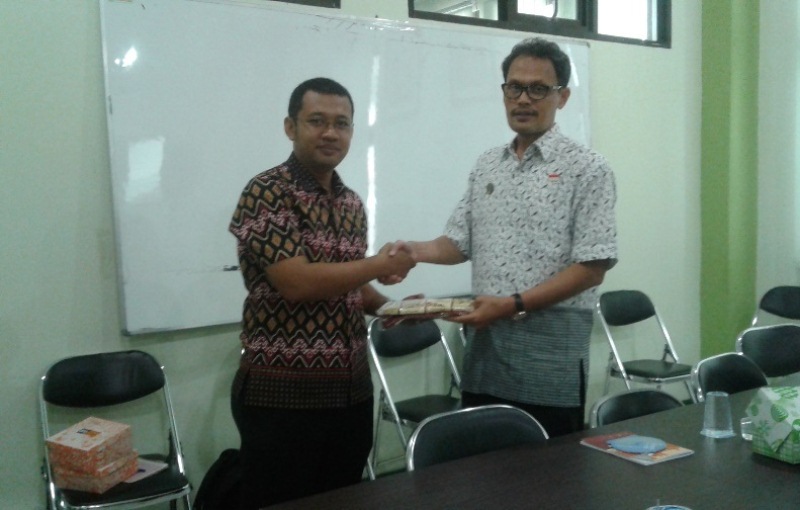 The study results serve as inputs for Bappeko and related government work units in the preparation of the Strategic Plan (RENSTRA) and the Regional Long Term Development Plan (RPJMD). It was conveyed by Edy Muhammad as the Head of Bappeko Yogyakarta in the opening remarks in front of 14 officials from a number of the regional working units and related institutions at the Winongo Meeting Room, the Bappeko office of Yogyakarta.

The socialization material was delivered by Roni Hermoko as the research coordinator in the city of Yogyakarta. It contains a review of the study results of the 2013 Elderly-Friendly City Assessment as well as a joint campaign to create an elderly-friendly community as is being programmed by other cities. It was also the beginning of data collection for the comparative study as a continuation of the 2013 study. The activity was interactive in that all participants presented and responded to the topic served as basic information for the study team prior to conducting further data exploration by conducting in-depth interviews and observations.

The public works service represented by the Head of Binamarga, Umi Akhsanti, conveyed that the elderly-friendly city programs already carried out were building sidewalks with ramps in 2012 and installing street lights in 2010. The initial thought for building these ramps was to make the sidewalks friendly for people with disabilities, while the installation of lights was for all communities' safety. Simultaneously, Joko Budi Prasetyo, added that the construction of buildings and special toilets for people with disabilities and the elderly had also been carried out since 2010 in Yogyakarta concurrently. Meanwhile, the Head of the Building and Environmental Arrangement Section, Yunita Rahmi Hapsari, said no housing development specifically for the elderly. They planned to build a sitting public toilet in 2013 but were then rejected by the community due to health, convenience, habit, and maintenance issues.

The social service representative stated that the elderly program from the office was setting up the regional elderly commission outset from the city level to the village one. In addition, some workshops are held every 2 years and started in 2014 carried out once a year since they already have funds for spending. Furthermore, Ms. Nanik of the social rehabilitation section revealed the existing assistance programs for the problematic elderly are UEP and ASLUT.

The health official asserted service program for the elderly, in the form of the elderly-friendly health center program, healthy home care established at the end of 2013. It was a response for many older adults who migrated to Yogyakarta. The existence of a healthy home for the elderly raises activities for the elderly, such as gymnastics and posbindu. Meanwhile, the regional elderly commission highlighted the increasing number of immigrants in Yogyakarta which would become a new problem for demography.

The activities were completed on May 19. It can be concluded the Yogyakarta city government has determined and taken steps to pursue elderly-friendly city goals for the next 5 years. (GDP/JF)