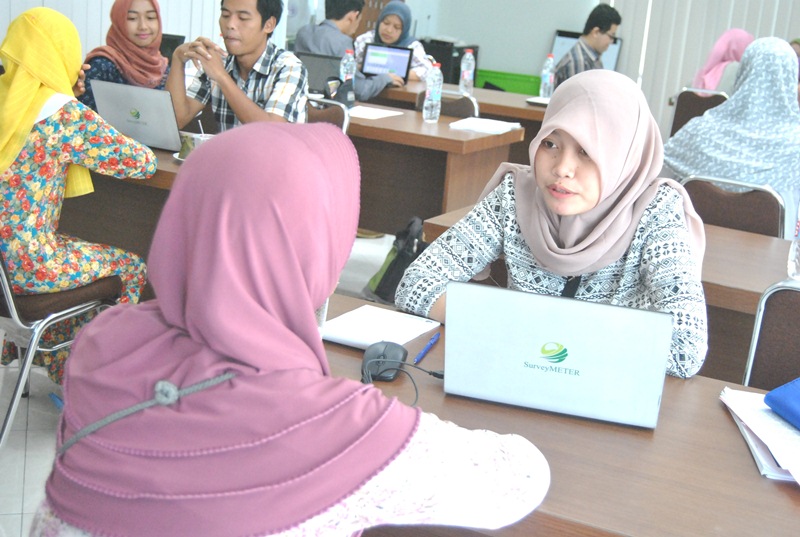 SurveyMETER and the Mandiri Institute conducted an assessment study in financial inclusive interventions or surveys. It was conducted in several villages of Malang (East Java) and Bantaeng (South Sulawesi). It commenced from December 2016 to March 2017 and the field data collection was carried out from January 26 to February 5.

Known that the government of Indonesia has launched a number of programs to increase financial inclusion, such as the Tabunganku Program, Digital Services (LKD), Laku Pandai, Student Savings, and Laku Mikro. In the near future, the government also plans to launch the Bank Post Office program, utilizing the post office network that reaches all corners to remote areas in Indonesia.

Conducting the FGD pilot in Kulon Progo on December 21, 2016, with several instruments that have been launched, evaluation is needed to assess which instrument is the most efficient to achieve the desired goals. Is one instrument sufficient or several instruments are needed simultaneously to serve people who have not been efficiently accessed by bank services with various characteristics and are located in various different places.

Specifically, it aims to determine the most efficient method to increase financial inclusion in Indonesia with the availability of various instruments from the government. The implementation of it is based on the need for an assessment of the needs of people who have not been accessed by financial services and how best the services are provided according to their needs. The results of it may be the basis for further research of economic behavior.

The study uses a mixed-method as a combination of quantitative and qualitative methodologies. The quantitative one was conducted by interviewing samples living in the selected villages with the total number of them being 200-300 households. One member of the household who knows best (usually takes care of) household finances is respectively interviewed. The qualitative one was conducted using the Focus Group Discussion (FGD). (JF)