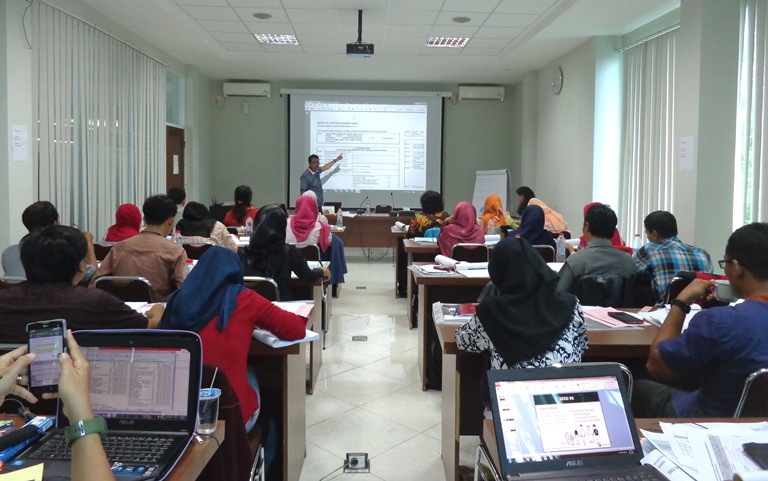 Like other studies, it went through a number of stages of the study process, namely discussion of instrument preparation, pilot study (pre-test instrument) in the Kulonprogo district (November 27, 2015) and Yogyakarta City (December 2, 2015), as well as household listing training (December 4-16, 2015), then the interviewer training (ToE) was held from December 14-16. A total of 25 research assistants participated in the training of enumerators and were later divided into 5 teams.

The study aims to detect dementia in areas with an elderly population at risk of developing dementia. Using a number of detection methods, it addresses to determine the factors associated with dementia. Including knowing how big the burden of the "caregiver" or the closest person in the household who cares for people with dementia (ODD) is.

It was conducted in the Special Region of Yogyakarta (DIY), a province with the highest elderly population in Indonesia. The study area is 100 rural/urban villages taken from each of the five districts/cities throughout DIY. So, for each district/city, 20 samples of rural/urban villages were taken. Then, in each rural/urban village, an enumeration area with the level of one local environment (SLS) is selected, usually a hamlet or community unit (RW). Then from each SLS, 15 households where there are household members aged 60 years upwards were chosen.  (JF)