In Surabaya, the Welfare of the Elderly is the Responsibility of the Government, Families, and Society 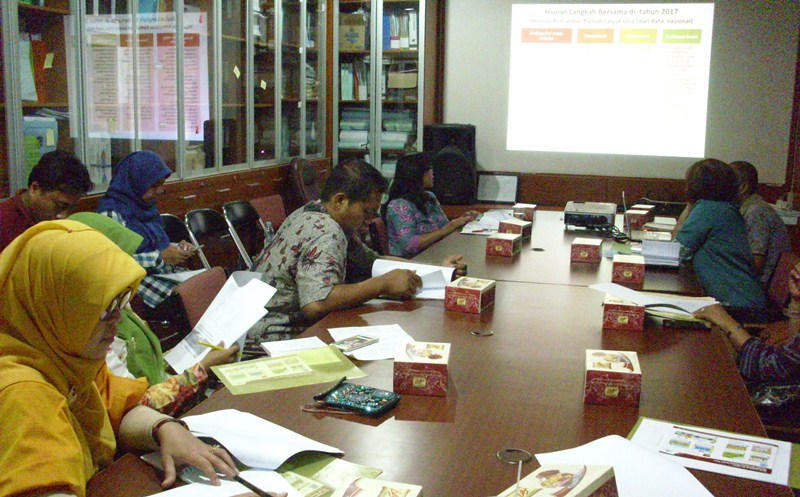 The city of Surabaya has strived for the welfare of the elderly by implementing a number of special policies aimed at extending the life expectancy and productive period of the elderly as well as maintaining and improving their welfare. The legal umbrella for this policy is contained in the Surabaya City Regulation Number 3 of 2014 concerning Elderly Welfare. It was conveyed by Febrian from Bappeko Surabaya in front of 12 regional work units and related institutions at the Singosari room of the office.

In his presentation, Febri conveyed several regulations as a basis for improving the welfare of the elderly in the city of Surabaya, including the Minister of Home Affairs Regulation No. 60 of 2008 concerning Guidelines for the Establishment of a Regional Elderly Commission and Community Empowerment. In handling the elderly in the regions, Surabaya City Regulation Number 3 of 2014 concerning elderly welfare, Mayor's Decree no. 188.45/612/436.1.2/2014 concerning the regional Surabaya elderly commission for 2014-2016 term of office (updated). Actually, the Surabaya city government has started to improve the welfare of the elderly so that the elderly feel comfortable and safe without these regulations.

The existence of Regional Regulation Number 3 of 2014 is an important step for the City of Surabaya in an effort to realize prosperity and an elderly-friendly city. Article 5 of the Regional Regulation states that every elderly person has the same rights in the life of society, nation, and state, as well as increasing devotion to God Almighty. As respect and appreciation for the elderly, the right to improve social welfare includes religious and mental-spiritual services; health services; education and training services; ease of use of public facilities, facilities, and infrastructure; convenience in legal aid services; social protection; social assistance. Then in Article 7, it is stated that improving the welfare of the elderly is a shared responsibility of local governments, families, and communities.

Meanwhile, the programs carried out by the Surabaya city government through the social service are establishing elderly homecare (Karang Werda), routine subsidy food feeding programs, and special social huts for the elderly in need. Commenced in 2017, the social and education services offices involved their retirees to participate in one or several teaching hours at the early childhood education and development (ECED) classes. The health office has posbindu elderly program that provides additional food (PMT) every week, an elderly community health center, conducting a periodical elderly jamboree with many competitive events such as gymnastics, health activities, and other competitions that all elderly may participate in.

DKRTH reiterated access and facilities have been prepared for the elderly-friendly atmosphere since many parks were built as green open spaces and suitable for all ages. Meanwhile, transportation service echoed that regardless of the physical elderly-friendly public transportation and shelters, it has appealed to prioritize pregnant women, children, and people with disabilities, and so did for pedestrians infrastructures were also installed safety barriers to prevent motorized vehicles getting in or parking carelessly. The officers always controlled the situations there to provide comfort, safety, security, and order. At the end of the meeting, Febri stated that the Surabaya city government was trying to provide all public facilities friendly to every people. "So, the Surabaya city government prepares how children, the elderly, and everyone are comfortable."

Until the accomplishment of the data collection period on May 15, the study team has managed to gather information from the regional government work units and related institutions of Surabaya city, as well as in-depth interviews with the elderly observer of the University of Surabaya, Prof. Dr. Jatie K. Poedjibudojo SU.Psi. (SP/JF)